The vets in the FVS team spend most of their time out on farms. However, they may also be found at our Melton branch on King's Road, at Langton Garden Centre in Market Harborough or Rutland Veterinary Centre in Uppingham. 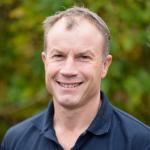 Originally from Zimbabwe, Mike began working in the UK at a vet practice in Shropshire, before joining one of the major animal health companies as a cattle veterinary adviser. In 2005, he returned to practice and set up Farm Vet Solutions. Mike specialises in dairying and holds the RCVS Certificate in Cattle Health and Production.

Mike, (along with Andrew Moss) also holds a helicopter pilot’s licence, and can make some client visits or emergency call-outs, by air.

Mike is now spending parts of the year in Zimbabwe, working with a local vet practice near Victoria Falls.

Mossy graduated from Reading University in 2002 with a BSc in Land Management, before heading north to Liverpool to complete a BVSc, graduating in 2009. After growing up in Berkshire, Mossy now lives in Uppingham, and enjoys the cattle side of the practice, especially the medicine and surgery.

Mossy, like Mike Thorne, has a helicopter pilot’s licence and makes some of his client visits, or emergency call-outs, by air.

A keen motorcyclist, Andrew has travelled all over Europe on his beloved two wheels.

Henry grew up in Leicestershire and, on graduating from the Royal Vet College in London in 2007, he moved back to work at FVS. He is involved with both small and large animal work. He is especially interested in exotic animals and his patient list includes camelids and reindeer. Henry has several horses and spends his free time eventing around the country. 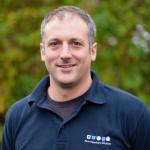 Max graduated from the University of Liverpool in 2006, then moved back to Nottinghamshire to work as a large animal vet until 2012. During this time he was responsible for a separate game bird and poultry practice covering the Eastern counties.

Max moved to Devon in 2012 to lead a brand new large animal practice, working out of a large agri-retail store. He returned to the East Midlands in July 2015 to join FVS as a full-time farm vet based at the Melton branch. His interests are across all aspects of dairy, beef and sheep health, as well as game birds.

Any free time is generally spent running his farm shoot and having a few games of cricket in the summer.

Born in Valladolid, Alvaro studied at the Universidad Complutense de Madrid and graduated as a vet in 2013.

Having already spent time with dairy and pig vets in Spain, he then moved to the UK to pursue his interest in working with farm animals. He joined the FVS team in March 2014 as a part-time TB tester also working with another XLVets practice.

In January of 2015, Alvaro took up a full time role at FVS. He now also carries out clinical work on farms, in addition to TB testing.

Alvaro is interested in all aspects of cattle veterinary work, particularly medicine and nutrition.

Alvaro used to play lots of football, rugby and tennis, but now just plays a bit of football!  He also enjoys travel: exploring new places and meeting people from other cultures. 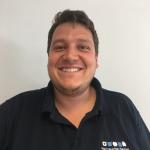 Chris graduated from The London Vet College in 2015 and worked as a large animal vet in Staffordshire before joining FVS in June 2018.

Chris enjoys all aspects of large animal work and has a particular interest in fertility, lameness and genetics. He is trained in Clarifide® genomics and also embryo transfer.

Outside of work, Chris spends most of his time showing his Aberdeen Angus cows and attending to his flock of Soay and Boreray sheep. 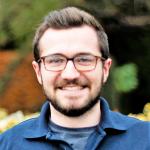 Originally from the Canary Islands, Jorge also known as George, studied at the Alfonso X in Madrid and graduated as a vet in 2016.

Having completed his degree, he moved to the UK, attracted by English rural life! He joined the FVS team as a TB tester in March 2017.

Outside of work, Jorge enjoys martial arts, climbing and spear-fishing. Like Andrew Moss, he is a huge fan of motorbikes and rides as much as he can.

Zoe graduated from Bristol University, and has been working with the FVS team since August 2017.

Zoe is interested in all aspects of veterinary practice - working with both farm and small animal clients. She has a soft spot for water buffalo having previously worked on a buffalo dairy unit.

Outside of work she enjoys running, travelling, and attending music festivals. 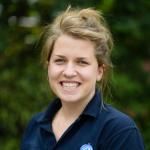 Rebecca graduated from the University of Nottingham in 2014 and worked for 2 years as a farm animal vet down in West Sussex. After a brief interlude spent travelling in America and Canada, she joined the practice as a mixed animal vet in January 2017. She has a key interest in sheep medicine and flock health.

Outside of work, Becca enjoys attempting any sport, particularly tennis and cycling. 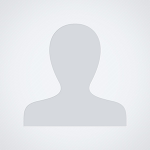 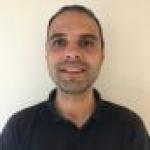 Emil qualified as a veterinary surgeon in 2010 in the city of Bucharest at USAMV University in Romania. He then worked in a slaughterhouse as a meat inspector and also as a pig pathologist for 2 years. In November 2017, he joined FVS.

Emil is one of our TB testers and has a keen interest in everything large animal.

When he is not TB-testing, Emil enjoys walking and camping in the countryside, photography, and riding his motor-cycle. 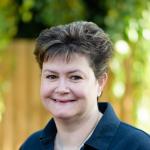 Kirstie originally joined Rutland Veterinary Centre in 2004, as a small animal veterinary nurse. However, over time, she has become more involved with supporting the farm vets and FVS.

She now manages the farm team overseeing the diaries for the TB tests and routine farm visits, as well as making the medicines orders, etc.

She is also PA to the director, Mike Thorne, for her sins!

Kirstie prefers to spend her spare time outdoors, exploring new places with her family. She also lives with 5 pedigree cats and 2 dogs. 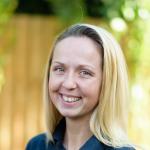 Robyn qualified from Hartpury College in Gloucestershire in 2013 with a BSc Hons degree in Bio-Veterinary Science. She joined Rutland Veterinary Centre in October 2015 as a Veterinary Support Assistant, before moving to the large animal team in February 2016.

Robyn works alongside the vets as our Farm Vet Tech. This role includes mobility scoring, faecal egg counts, blood sampling, barren ewe blood checks as well as body condition scoring. When she is not out on farm you will find her in the office, organising the vet diaries, taking drug orders and booking in TB tests.

Robyn spends her spare time with her two ponies and walking her collie dog. 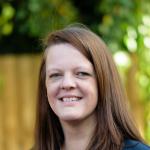 Rowena originally joined Rutland Veterinary in 2012, as a receptionist.  However, since then she has become more involved with supporting the FVS team, gaining further knowledge of livestock farming, along the way. 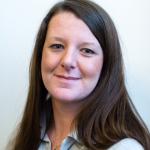 When Vicky’s not at work she enjoys spending time with her toddler and two dogs. 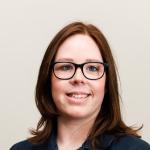 Lauren joined the Farm Team as a full-time receptionist in November 2018.

Prior to this she worked for a distribution company selling pet products.

In her spare time, Lauren enjoys walking her 3 dogs and spending time with her family.